Nova has been found with her mother and sister in the dump. The puppies were about one month old. Pepi Pirpana is Nova’s sister.

Nova came home in October 6, 2017. At first our little fox-like puppy was very, very scared. All the noices, smells, humans, other dogs and even our department’s squares seemed to be too much for the small one. The first month walking outside was so scaring that we could go only to our backyard. He was also very afraid of the renovations and the workers in our neighborhood.

We got progress slowly and could make longer walks around the city block. Nova was also sniffing other dogs. Nova has always walked nicely in a leash. He doesn’t care about humans, cars or bicycles.

Nova is very friendly with other dogs eventhough he is sometimes a little bit nervous about bigger dogs. He has got some good dog friends already. Nova is still afraid of men and the guests are welcomed with barking. He just loves children and gives them a lot of kisses – sometimes even too many, if we ask the children ❤

We haven’t got any special problems. Nova is shy and that is the reason why he sometimes barks easily. That is the thing we still practise. Nowadays he doesn’t bark anymore so much as in the beginning. Nova is very afraid of water. When we have to wash his paws he is crying and even outside he doesn’t want to get her paws wet.

We would say that Nova has meant to be our dog. This is a story written in the stars ❤ 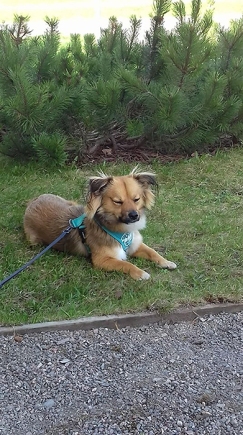 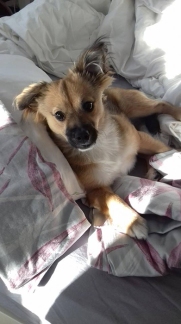 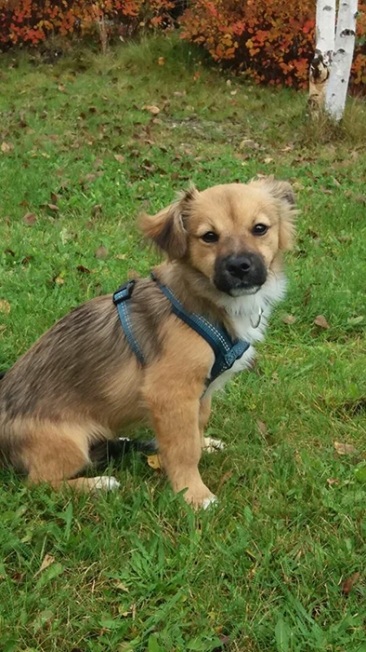 Back to Adopted dogs

We are supporting MAP